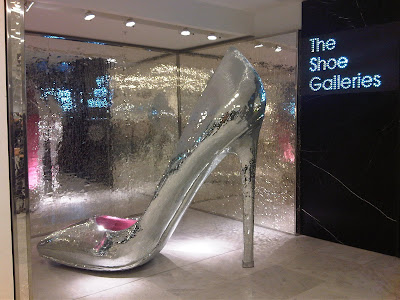 I have been away for a couple of days but it's mainly because I have had visit, and it's un-polite to be anti-social. Haha .. Ok no but seriously I have been really lazy, but also very busy.

On Thursday the final opening of the Shoe Galleries took place in Selfridges. The worlds largest shoe department was launched with Grazia magazine on site, hair & make-up team from MAC jazzing up all the opening staff members and a grand party in the evening. Luckily (although you might have all wanted to be there) I did not have to stay for the party in the evening! On Wednesday before the opening I was in, together with the whole VM and Display team from head-office, to set up our department. Here are some images from the happy (even though they might not look it) visual team: 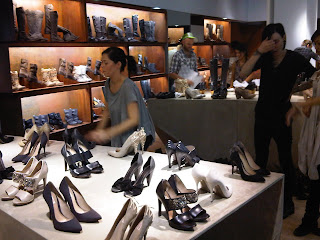 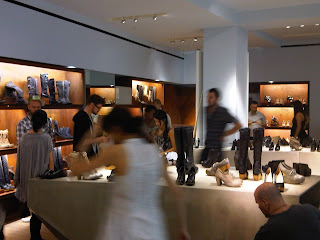 And here is the final set up: 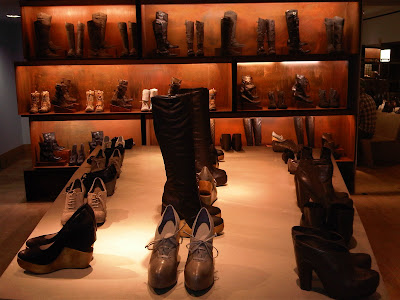 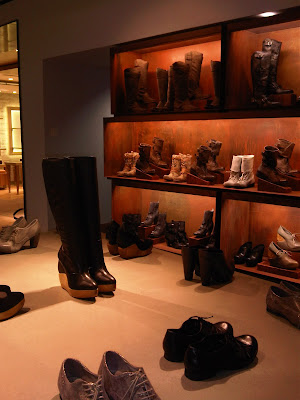 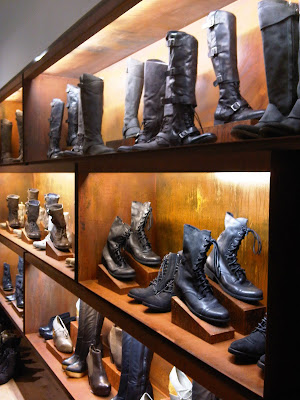 Because of this shoe mania, there are alot of events going on in Selfridges at the moment but the most interesting part (well at least for me) are the displays around the store. 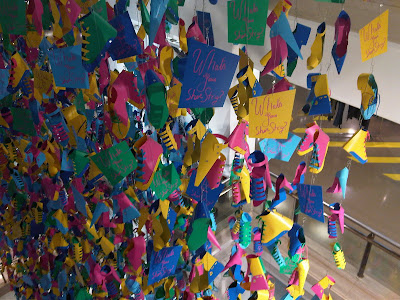 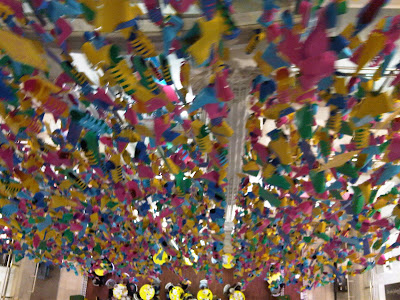 Ceiling piece above escalators towards the Shoe Galleries: 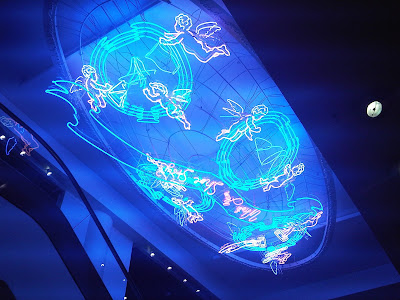 The amount of work and thought that has gone in to this project is quite magnificent. I contributed a day to this grand event but there has been loads of press and planning behind all of this .. work that has taken several months. So a big well done to Selfridges and everybody involved!