I just woke up and realised that one thing was missing .. It's pretty hard every month when you reach this day and realise that there is a whole month for you to experience something similar again. This probably doesn't make any sense to you .. but it's ok. I just wanted to get it out. Either way .. I miss you.

We are doing our roll out in store tonight, hence the fact that I am still in bed. I am fearing it is going to be a long shift .. but I am also positive it will be a good one!

Yesterday I was out hunting for some particular beads in east London. There is a lot of wholesalers in Aldgate East, so we decided to check them out. We found to our disappointment that none of them had what I was looking for, so we decided to visit the 4D model shop which is in the same area. I used to go there all the time as a student and god knows how much money I have actually spent in there! Haha .. It was nice to go back with fresh eyes and have a little stroll around. On our way to the shop I spotted something quite fantastic. When I was in Paris last summer I got familiar with their bicycle culture. Everywhere in central Paris, you can find docking stations with bicycles that you can hire. I fell in love with this concept, as it was easy and a great way of exploring the city. It was childishly romantic. Yesterday I saw one of the docking stations in Aldgate East. 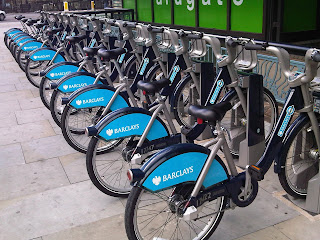 I am hoping that people appreciate this as much as I did and that we will see more of this project in London, or that it at least stays with us till next summer. Fingers crossed!

I still need to admit that the most exciting part of my week occured on Sunday night. I was promised a surprise and when we showed up at the scene I saw this small kind of run-down, yet very charming, building on Portobello Road. I realised that it was a old fashioned theatre but didn't quite understand what was so special about it until we stepped inside the auditorium. WOW! I will let the images speak for themselves: 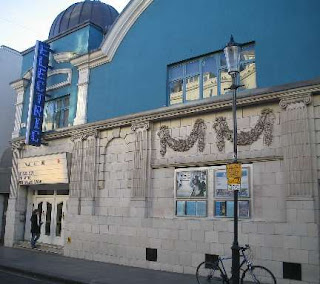 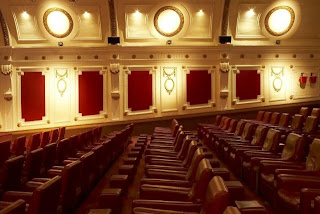 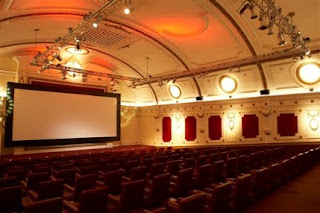 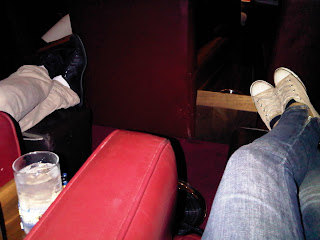 It is the oldest and most prestigious cinema in London and dates back to 1911. We saw Gainsbourg, a french film portraiting a glimpse at the secret life of French singer and composer Serge Gainsbourg. Not a film you might watch every day but I do recommend it to anybody interested in music and art. And watching the film in an environment such as the Electric Cinema Theatre in Notting Hill Gate was just epic. 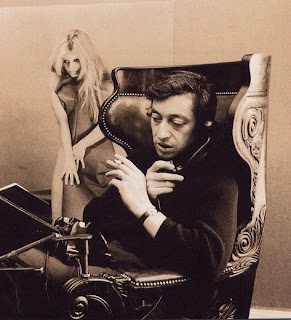 All and all a great week. Thanks M.